British industrialist Sir William Rutland – “Bill” to his friends – is in Tokyo on a business trip during the time of the Summer Olympic Games there in 1964. Having actually arrived in Tokyo two days before his original planned arrival, he has problems finding a hotel room because of the Olympics. Spotting an ad posted on a British Embassy message board of a room available to sublet, Bill is able to wrangle his way into the apartment of Christine Easton, who is renting out the sitting room of her one-bedroom apartment as a bedroom for the duration of the Olympics. Bill’s short-term living situation in Christine’s sitting room is despite her solely wanting a female roommate. 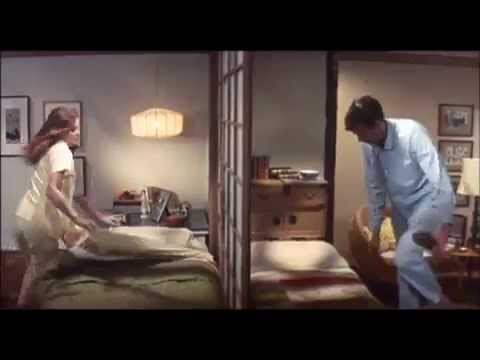