Frank Sinatra, at the zenith of his cocky, world-on-a-string popularity, glides through the film with breezy nonchalance, romancing showgirl Kim Novak (Columbia Pictures’ new sex symbol) and wealthy widow Rita Hayworth (Columbia Pictures’ former sex symbol). The film also benefits from location shooting in San Francisco, caught in the moonlight-and-supper-club glow of the late ’50s. Sinatra does beautifully with the Rodgers and Hart classics “I Didn’t Know What Time It Was” and “I Could Write a Book,” and his performance of “The Lady Is a Tramp” (evocatively shot by director George Sidney) is flat-out genius. Sinatra’s ease with hep-cat lingo nearly outdoes Bing Crosby at his best, and included in the DVD is a trailer in which Sinatra instructs the audience in “Joey’s Jargon,” a collection of hip slang words such as “gasser” and “mouse.” If not one of Sinatra’s very best movies, Pal Joey is nevertheless a classy vehicle that fits like a glove 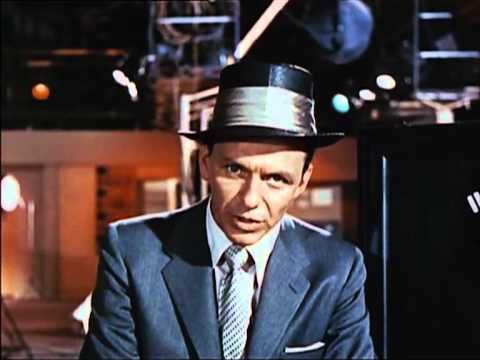