Children Of The Night

Cindy and Lucy are eighteen and going away to college. As a ritual they must rid themselves of the dirt of their small home town (Allburg) by swimming in an abandoned church crypt. They jump in and begin talking about sex when Lucys crucifix falls into the water and drifts down to land on Czakyr’s (an ancient vampire) head, apparently waking him up. Some time onwards a school teacher from a nearby town, Mark, gets directed to Allburg to help Lucy and her grandmother, who are suspected to be in trouble. Lucy becomes the target of a town turned vampire because of her ‘virgin blood’. Mark, Lucy and an old wino shack up in an abandoned building outside of town but eventually get lured back to Allburg by the locals. There, with a giant glowing cross spearing the front of their Toyota, they take the town on and battle Czakyr. 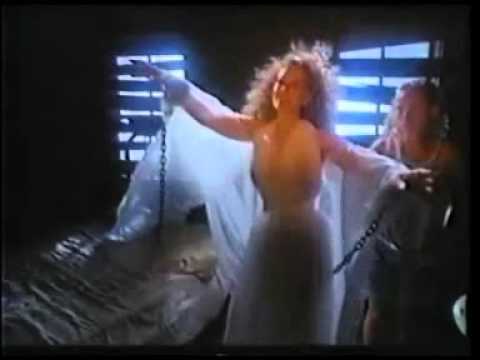